Select the Bulk Release Retainage (retention) button, which is located just above the SOV table on your project overview tab: 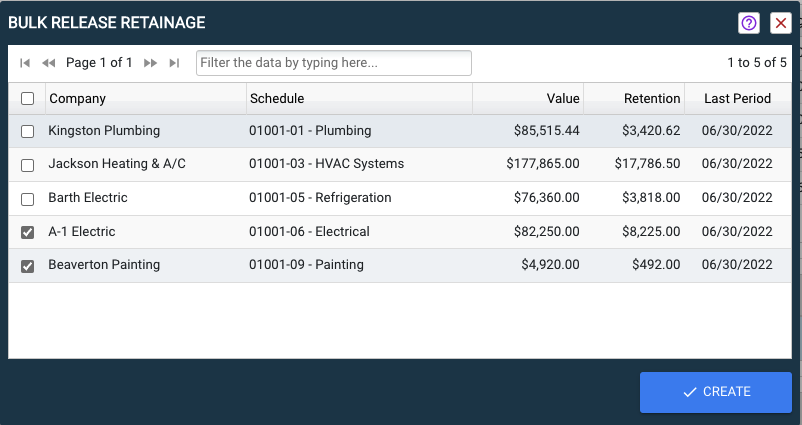 Upon selecting the contracts for which you'll be releasing retention, GCPay will prompt you to decide whether or not you'd like to generate waivers with your retention invoice or suppress them.

If you select Enable Waivers, the default waivers you have specified for the project will be sent to the relevant subcontractor, including any final waivers. 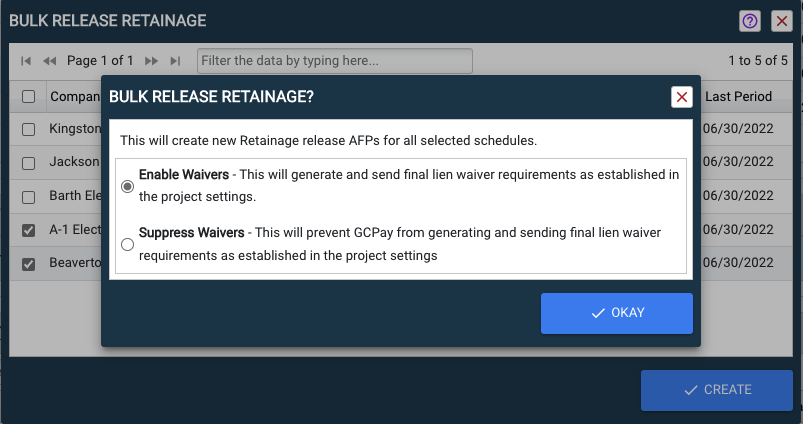 Once you complete the above step, your retention pay applications will be available for export on the Integration Tab if you use GCPay in conjunction with a supported ERP platform if you indeed wish to export them.